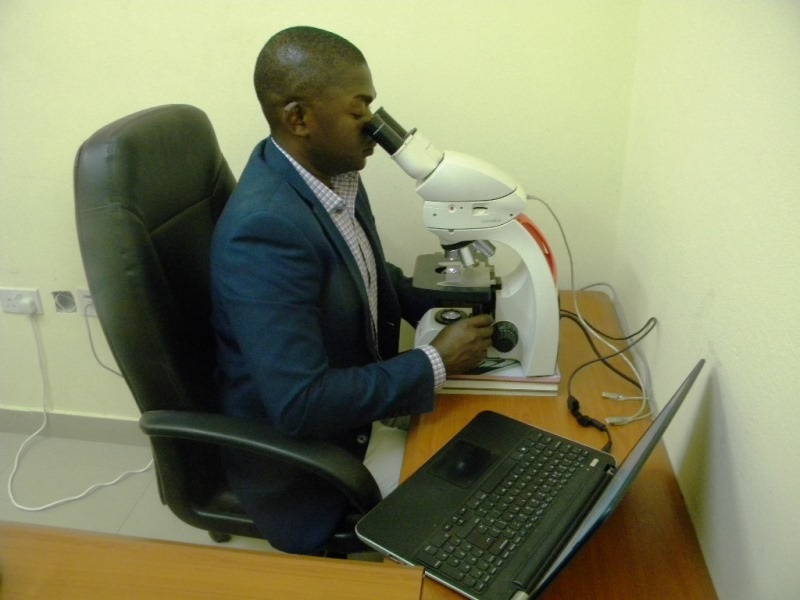 Kafui is a Senior Lecturer and the Head of the Department of Pathology, School Medical Sciences of the College of Health Sciences, University of Cape Coast. He is a Pathologist at the Cape Coast Teaching Hospital.  He had his undergraduate medical training at the Kwame Nkrumah University of Science and Technology (KNUST) from 1997-2004 and was awarded the MBChB in 2004.  He had his postgraduate/ professional training at the West African College of Physicians and the Ghana College of Physicians and Surgeons from 2007-2013, and was awarded the Fellowship (FWACP), Laboratory Medicine (Anatomic pathology) in October 2013. He is a member of the faculty of laboratory medicine of the Ghana College of Physicians (MGCP). He did his cytopathology training at the Technical University of Munich, Klinikum Reichts der Isar in Munich Germany.  He was trained in forensic human identification by the Argentine forensic anthropology society at the University Witwatersrand, South Africa.

His expertise is in diseases affecting the female genital tract and the breast. He currently has ongoing research in the epidemiology of HPV and cervical cancer in Ghana. Dr Akakpo has taught in the medical school since 2010. He has a book titled ‘Autopsy practice in Ghana’ published in 2015. He is a member of the international academy of pathologists (IAP) and the International society of gynaecological pathologists (ISGyP). He has presented many abstracts at international conferences and has several publications in peer reviewed journals.